Dr. Kelly has been part of the Pleasant Hills Pet Hospital team since June of 2008. A native of Pittsburgh, Pennsylvania, he grew up in Brighton Heights and now resides in Bethel Park. Dr. Kelly received his undergraduate degree from University of Findlay in Ohio and then went on to earn his DVM degree from The Ohio State University.

He enjoys establishing close relationships with his clients and their pets. Dr. Kelly has special interests in behavior, soft tissue surgery, and orthopedics.

In his spare time, he is a big fan of the Philadelphia Eagles and Phillies. He also enjoys reading as well as a range of outdoor activities such as golfing, snowboarding, and volleyball. In addition, he likes to spend time with his wife, daughter and their two dogs, a Cardigan Welsh Corgi named Bolt and black Cocker Spaniel named Avah. 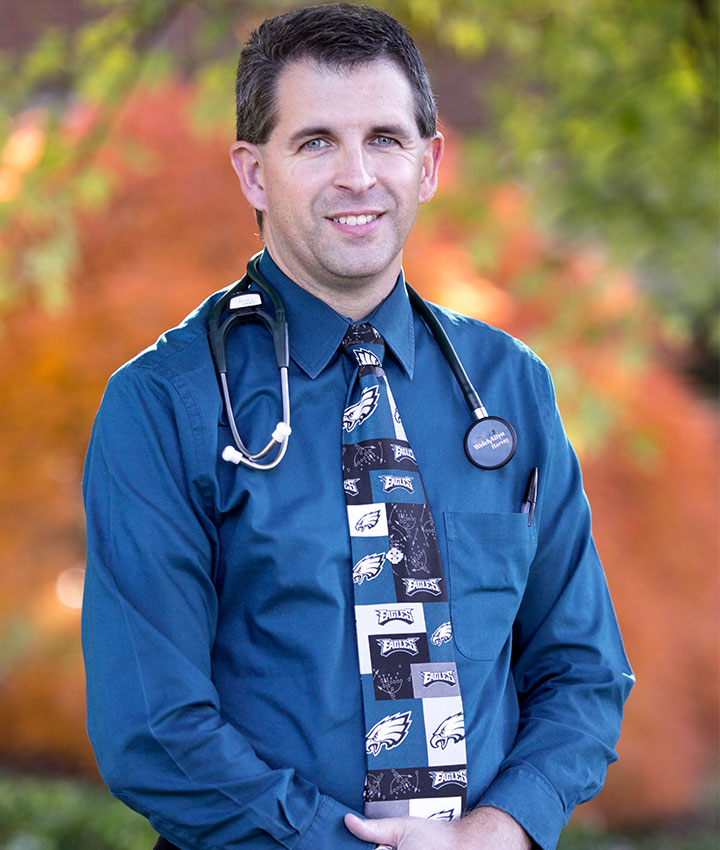